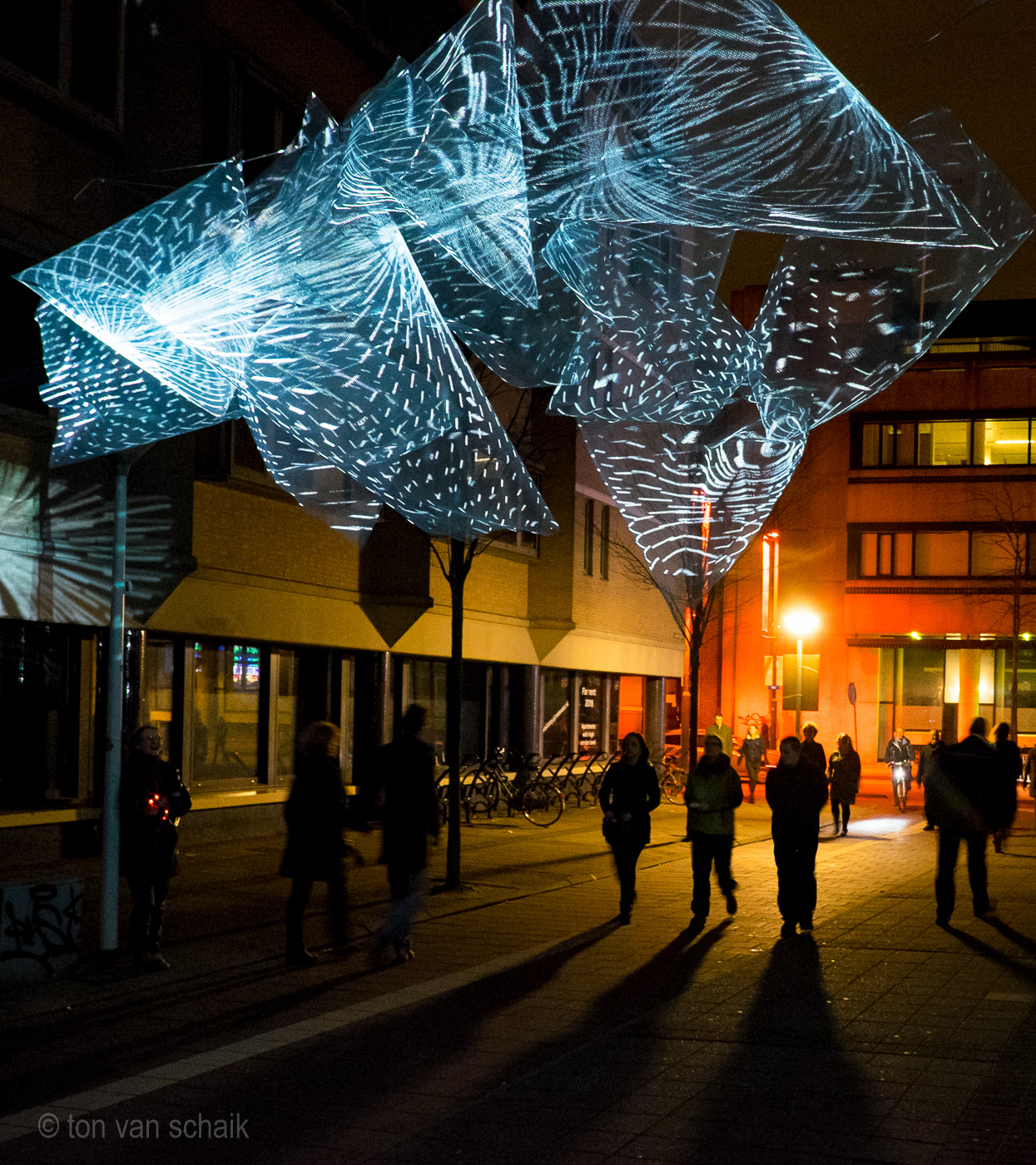 The annual glow festival of light in the ‘city of light’ Eindhoven, the Netherlands, is growing to be a mayor  feast of joy, attracting about 700.000 visiters.

By its nature, the glow festival of light has to be visited in the dark. Street lanterns turned low, it is very dark indeed and challenging to make photographs. Three main problems have to be solved. The first being (auto)focussing. The pictures were taken with a zoom (18-55/2.8-4.0) and  a standard prime (35/1.4) lens. On both lenses autofocus was a bit slowish, but mostly not hunting, except on contrastlacking targets. On more or less contrasty parts (choosing central point focus, the central point set to medium or big) the autofocus locks in reasonable good time and secure. Manual focus was never needed. People move slowly, which helps focussing. Even so it is difficult to get people sharp because of their movements. Being so dark, short enough shuttertimes were impossible. Seeing the results the nowadays autofocus proves good enough in these difficult circumstances. 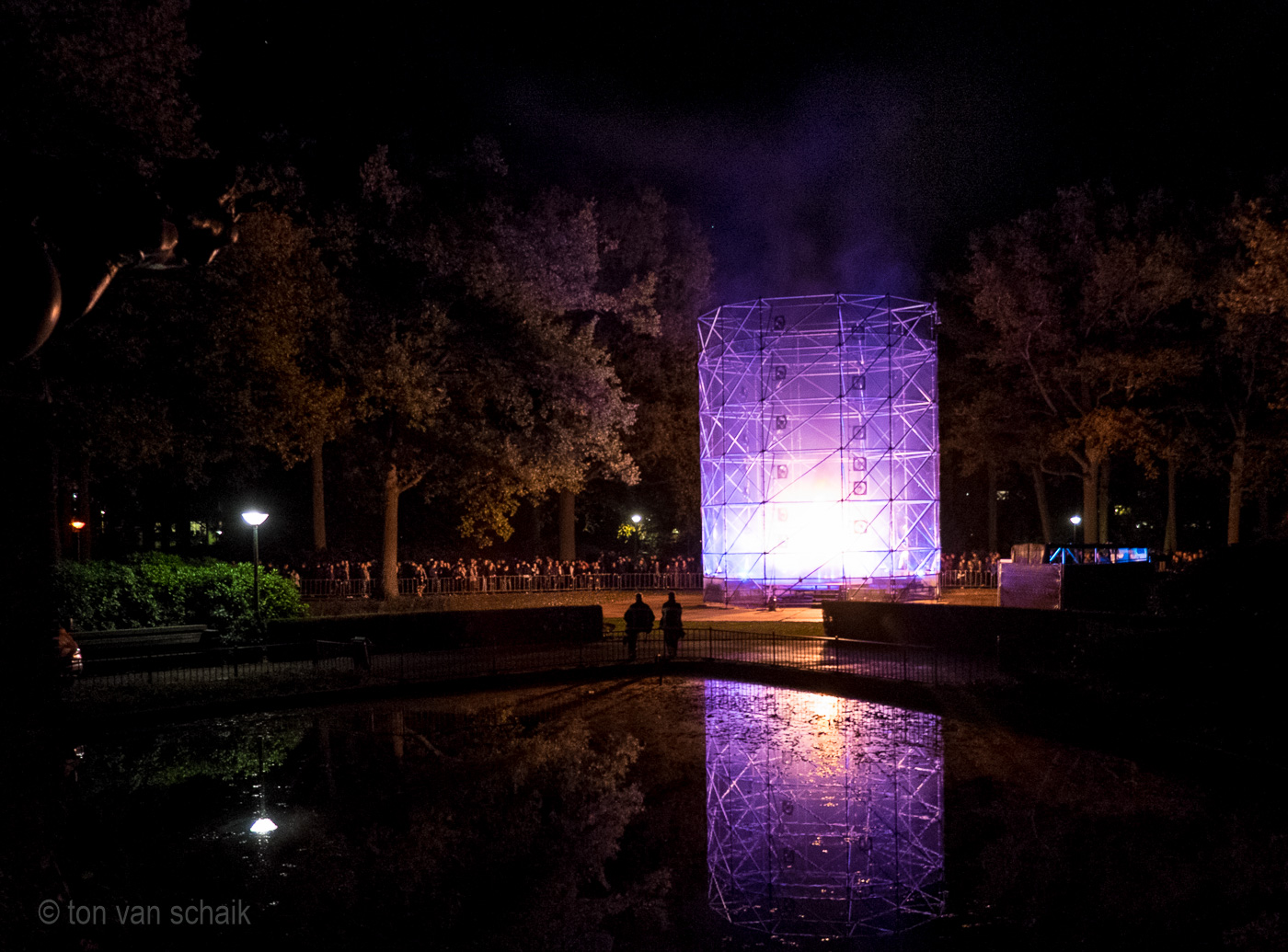 The second problem is the need for high ISO, in this case mostly 6400. In JPG I find 4000 and higher ISO ugly with too much agressive noisereduction leading to detail smearing.  The problem is that in some cases you cannot turn the noisereduction down enough. With RAW, which I chose, the problem of noisereduction can be solved. While grain is there I see no need to eliminate all of it. It does not have an artificial look and is rather fine. Even choosing 1or 2 stops under exposure in order to prevent blown highlights, no problems arise to lighten up shadows in postprocessing. Camera’s are increasingly getting better in high ISO, especially in RAW. 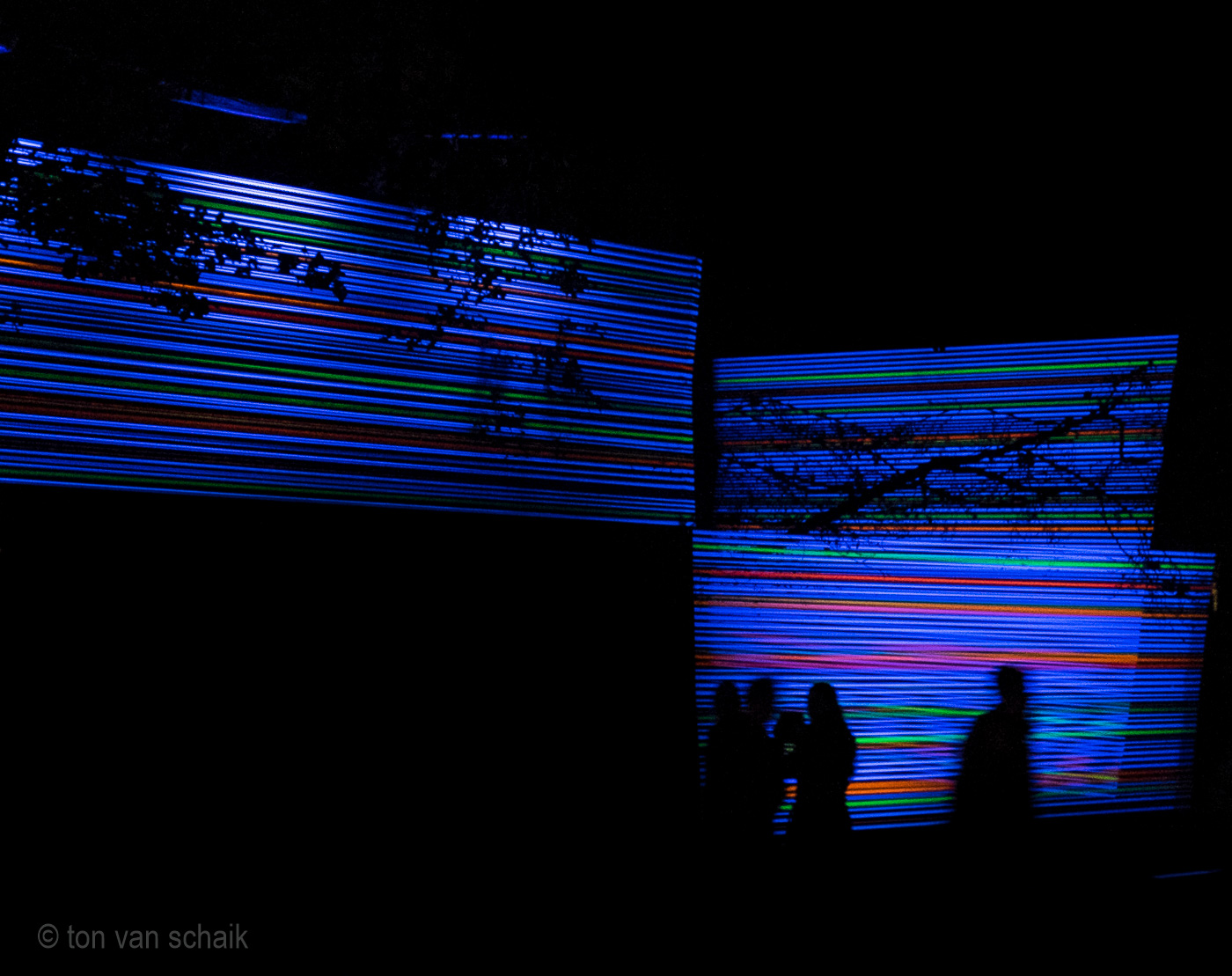 The third problem has nothing to do with the camera, but the enormous croud continuously walking along. Patience is needed to find good opportunities.  When taking pictures of people the lowkey the rangefinderstyle camera helps tremendously. Hardly anybody reacts offended. Of course in the dark with so many other photographers things get easy, but also in broad daylight being the only photographer, the flat-top low-key formfactor is of great help.

Most pictures are taken with the standard zoom. Some are cropped in postprocessing. All processing is done in Lightroom. I did not use a tripod, just leaning against an occasional tree or building whenever available. Again a good point for the vibration reduction system (although not available in some prime lenses, but most of which are compensated by their brighter apertures). 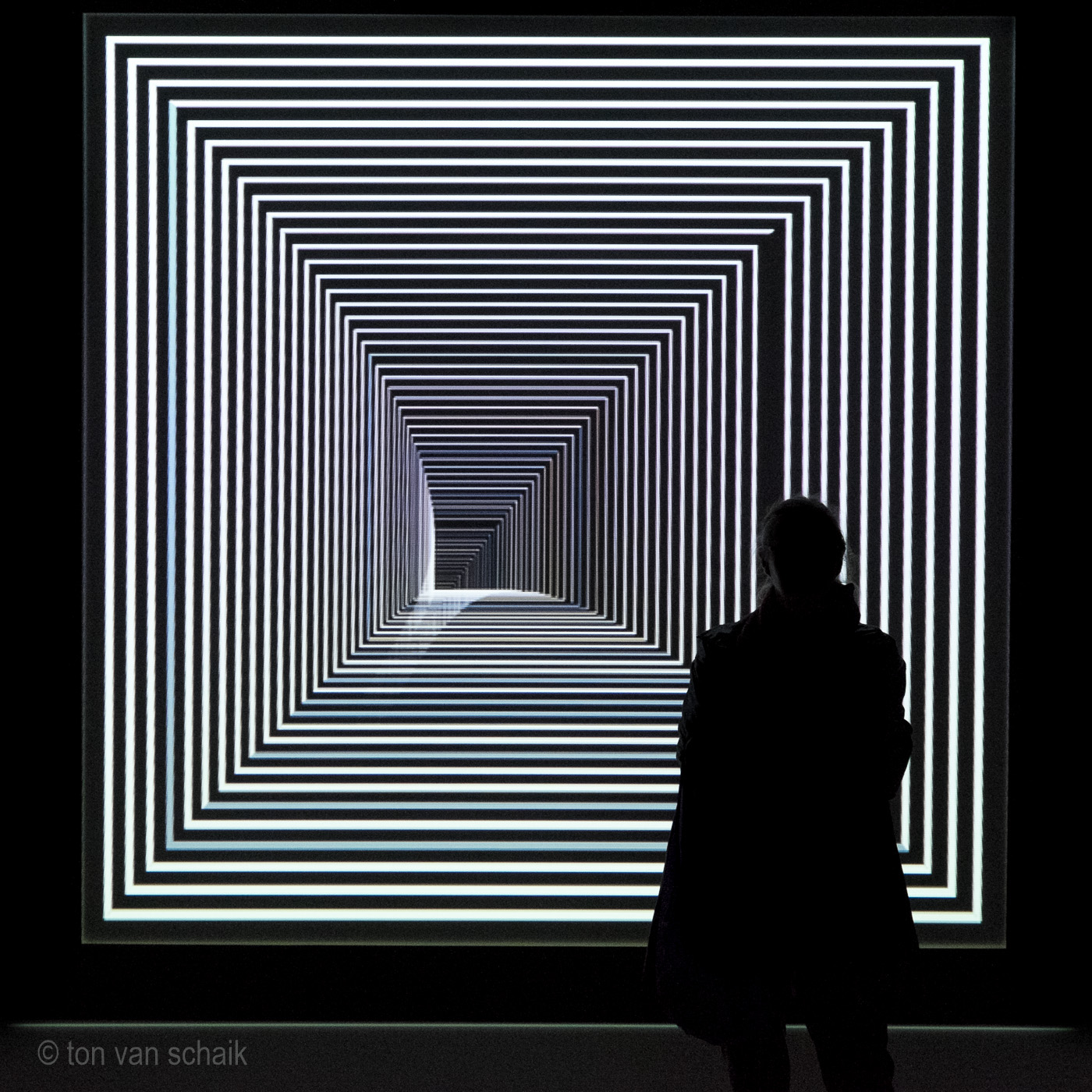 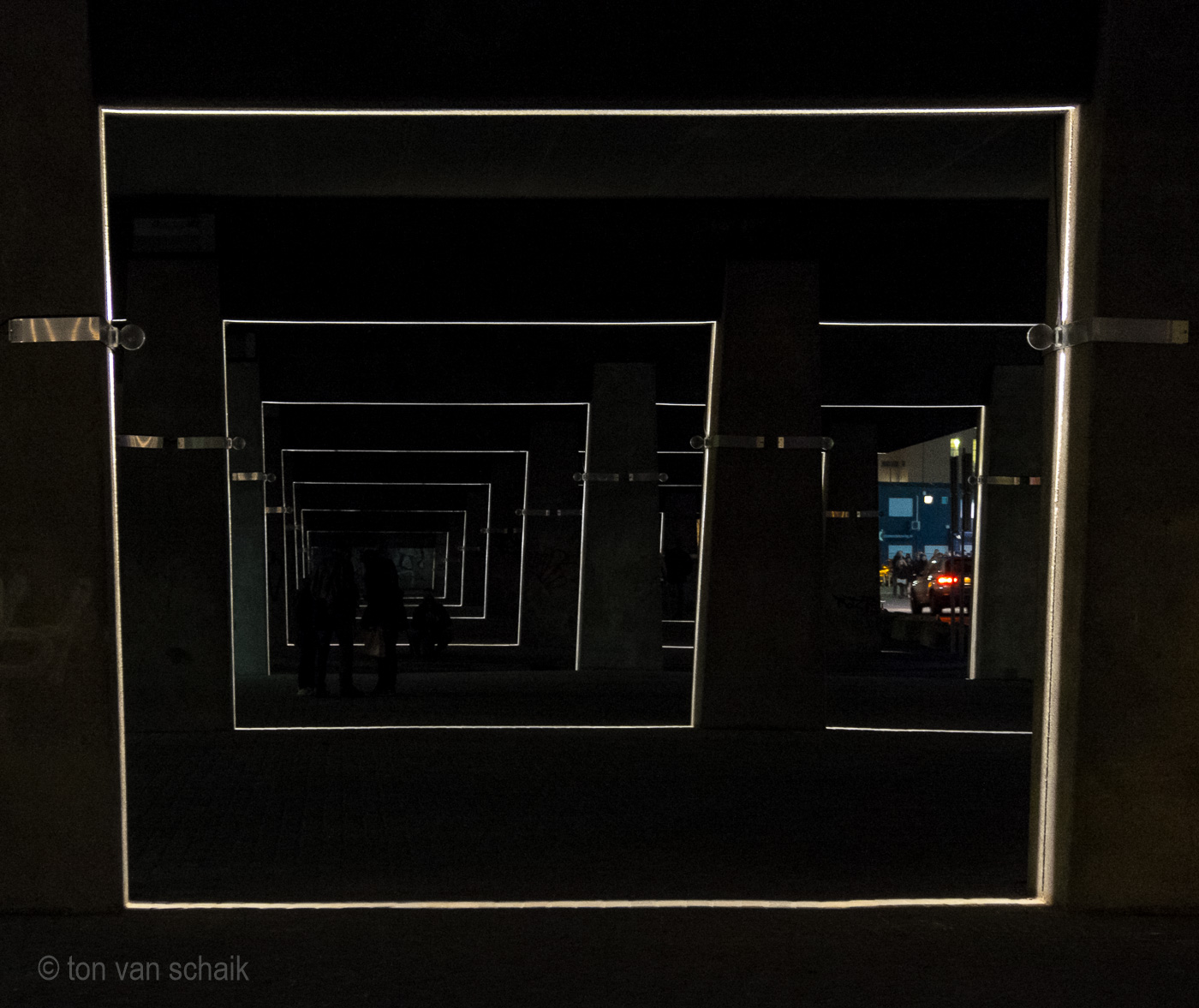 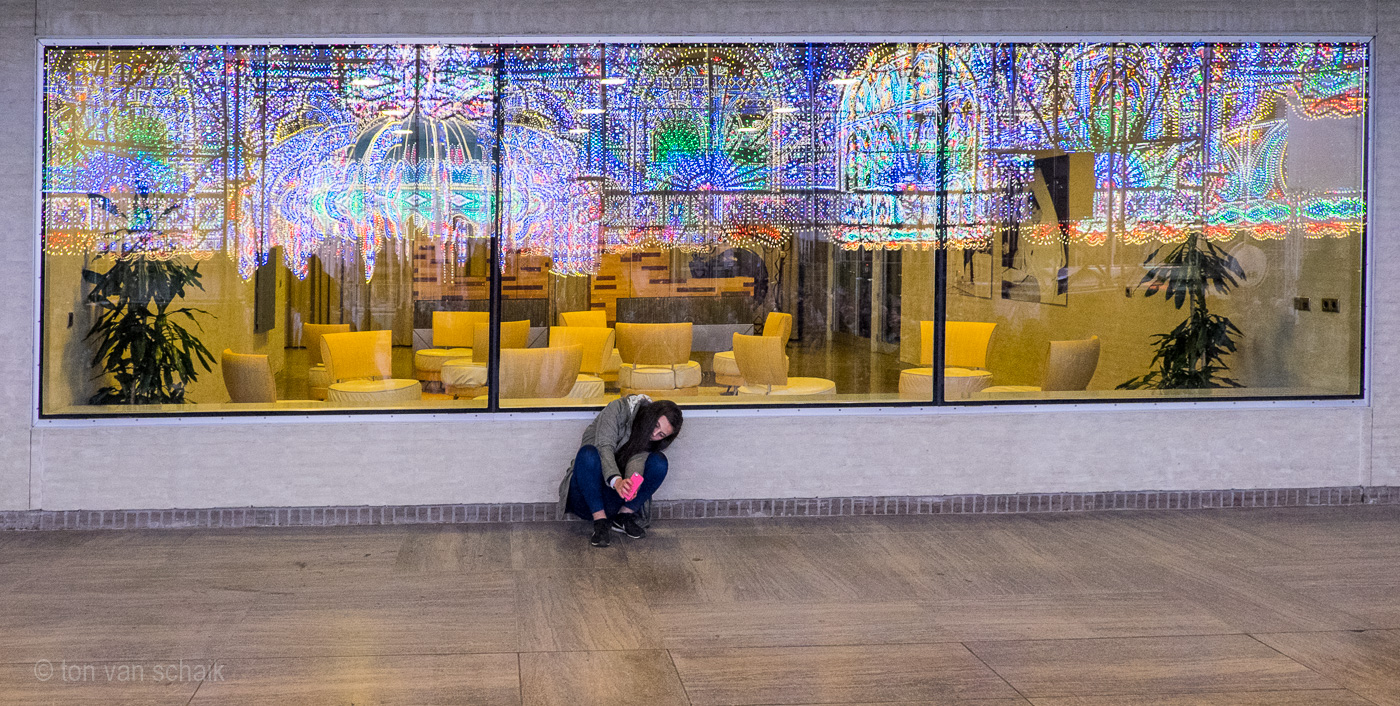 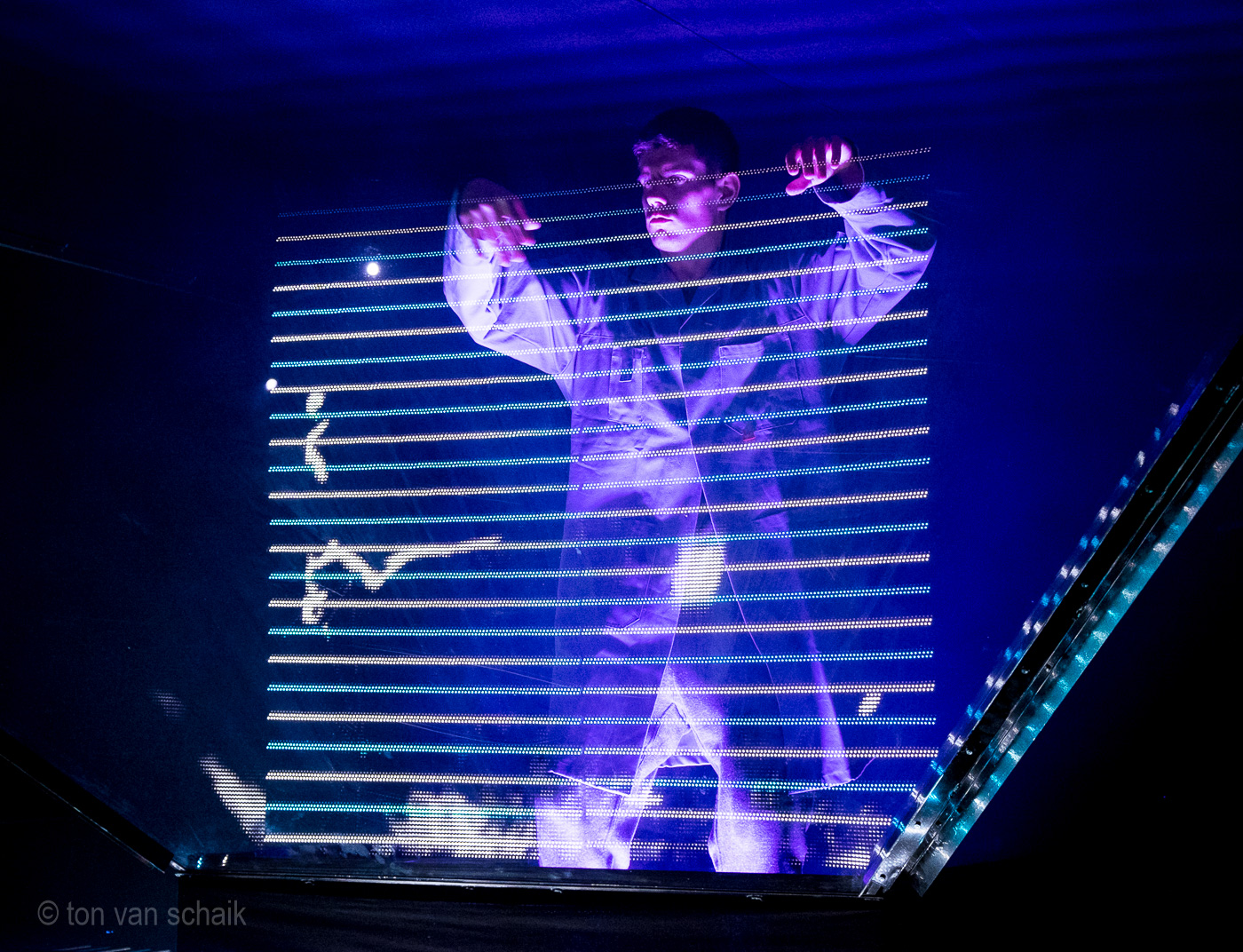 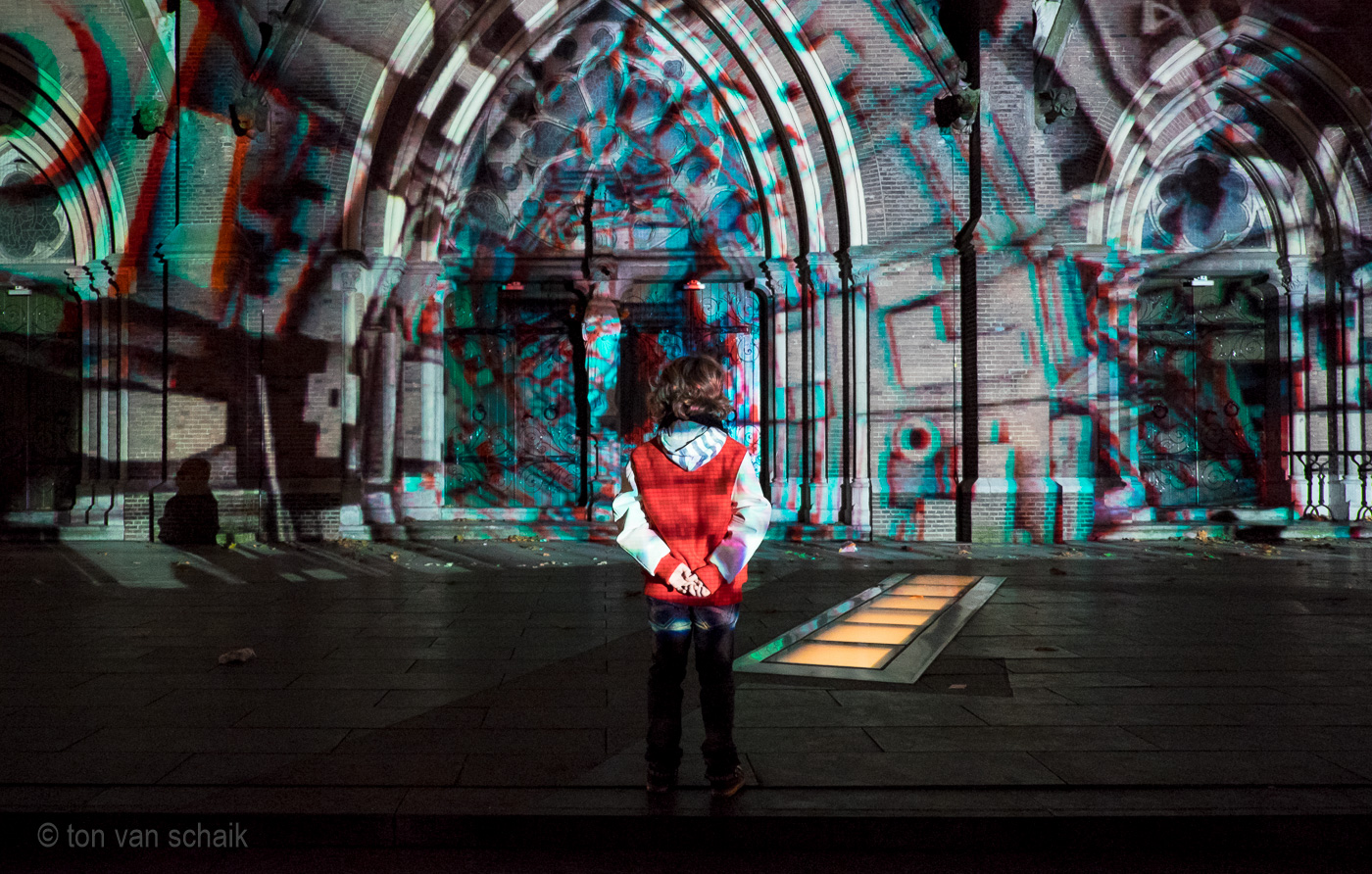 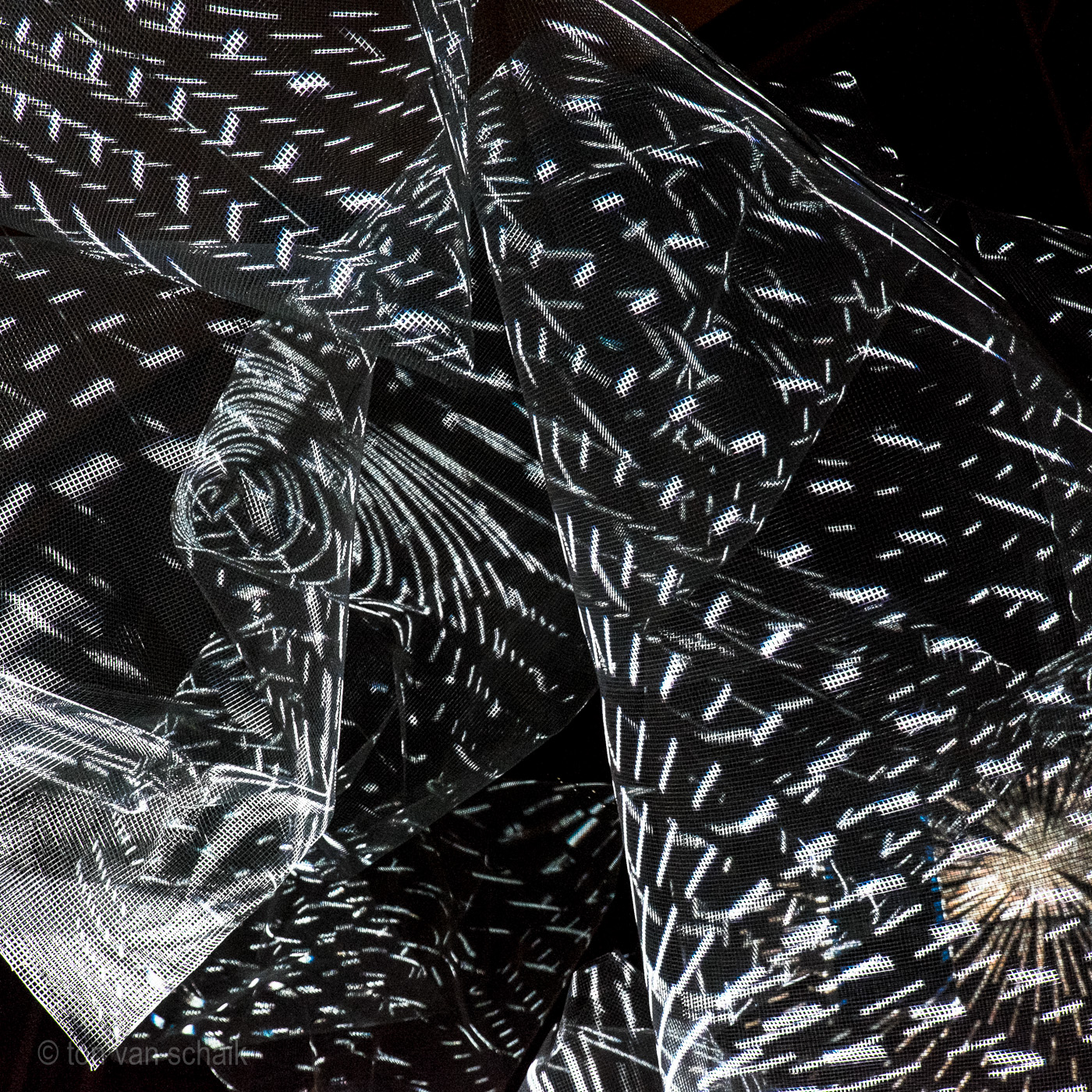 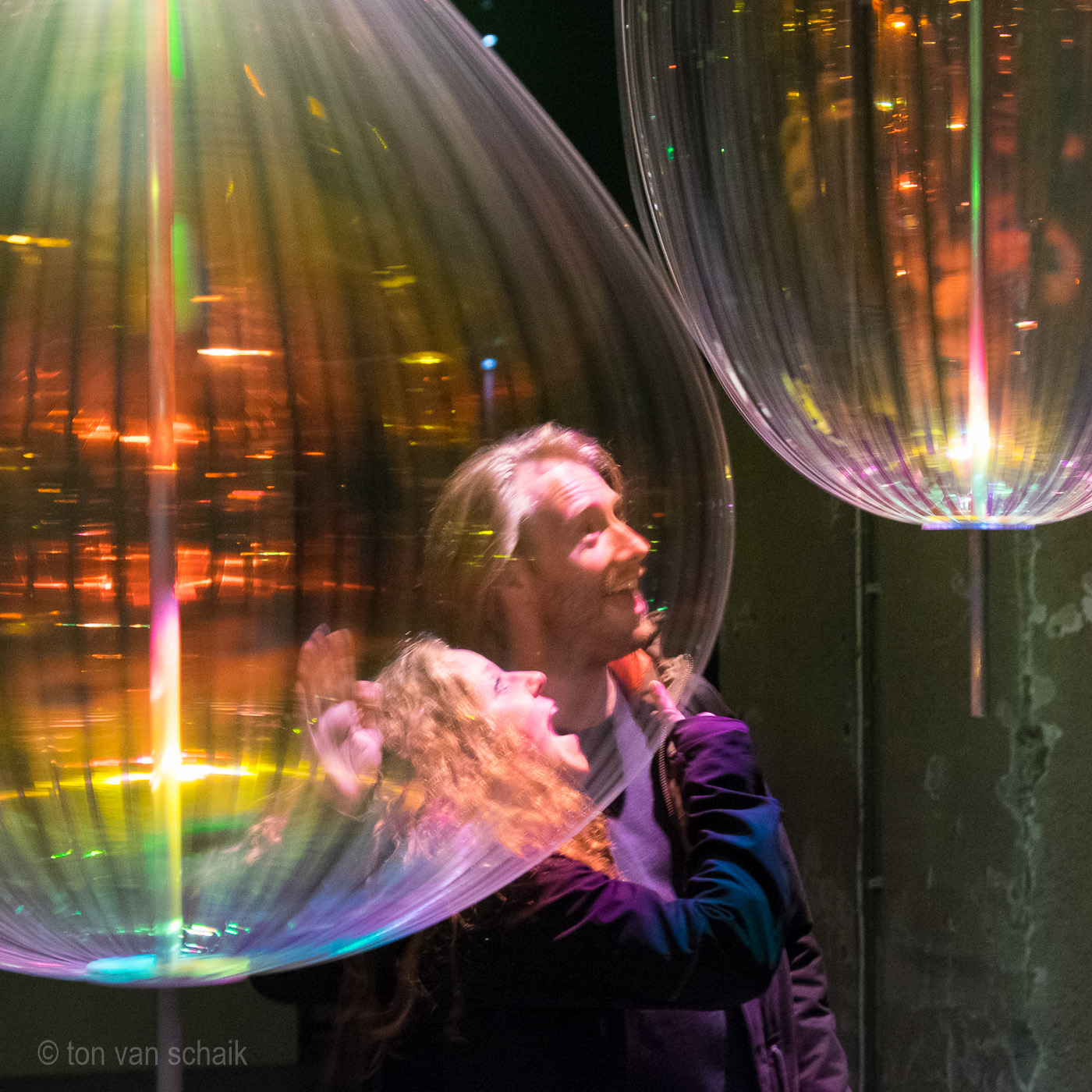