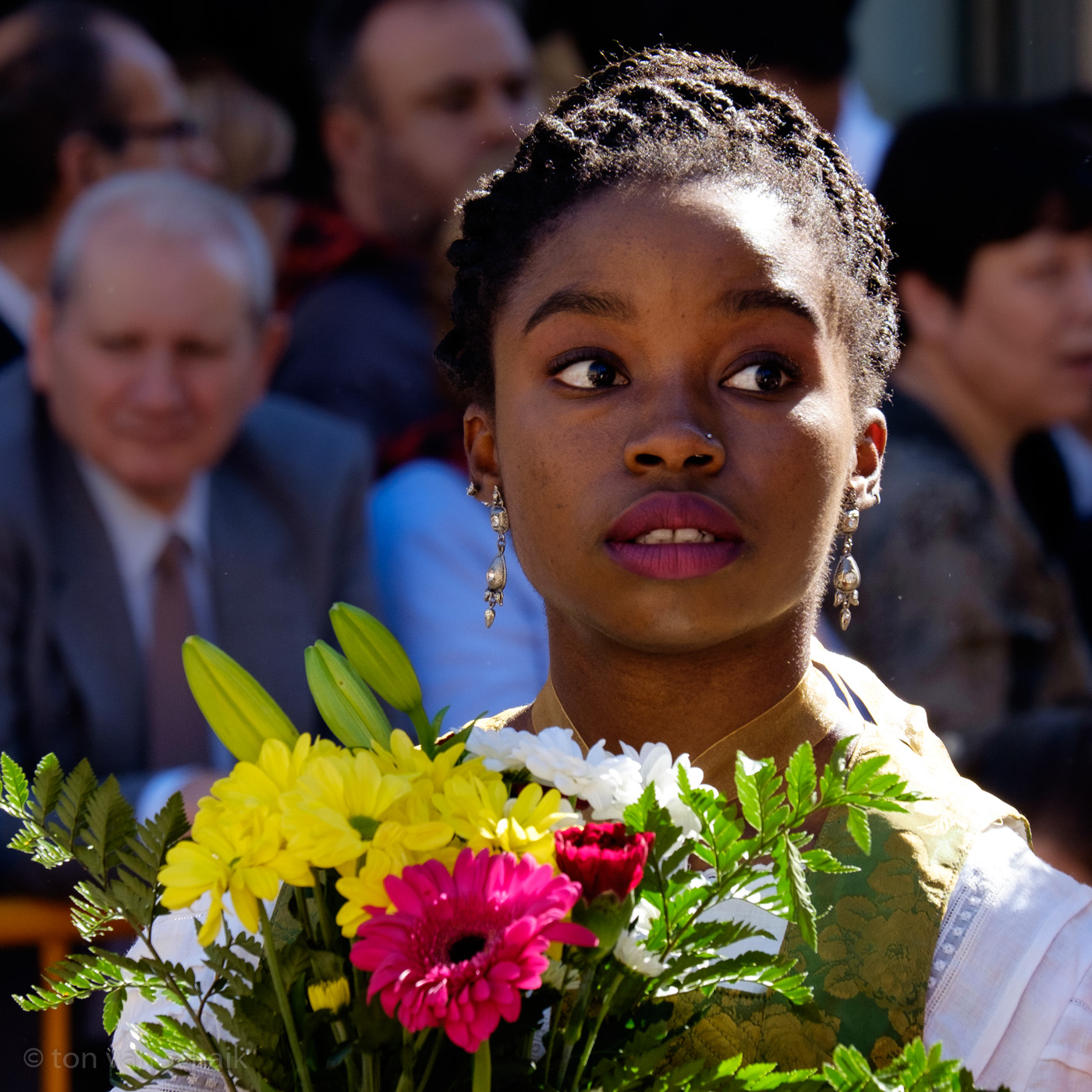 Long time ago the virgen Mary appeared on a pillar in the Spanish city of Zaragoza, giving a boost towards Roman Catholic religion. In honor of Mary’s appearance an annual celebration takes place, consisting of a flower procession, a food offering procession, and a candlelight procession. The processions are accompanied by lots of festivities, during a whole week. 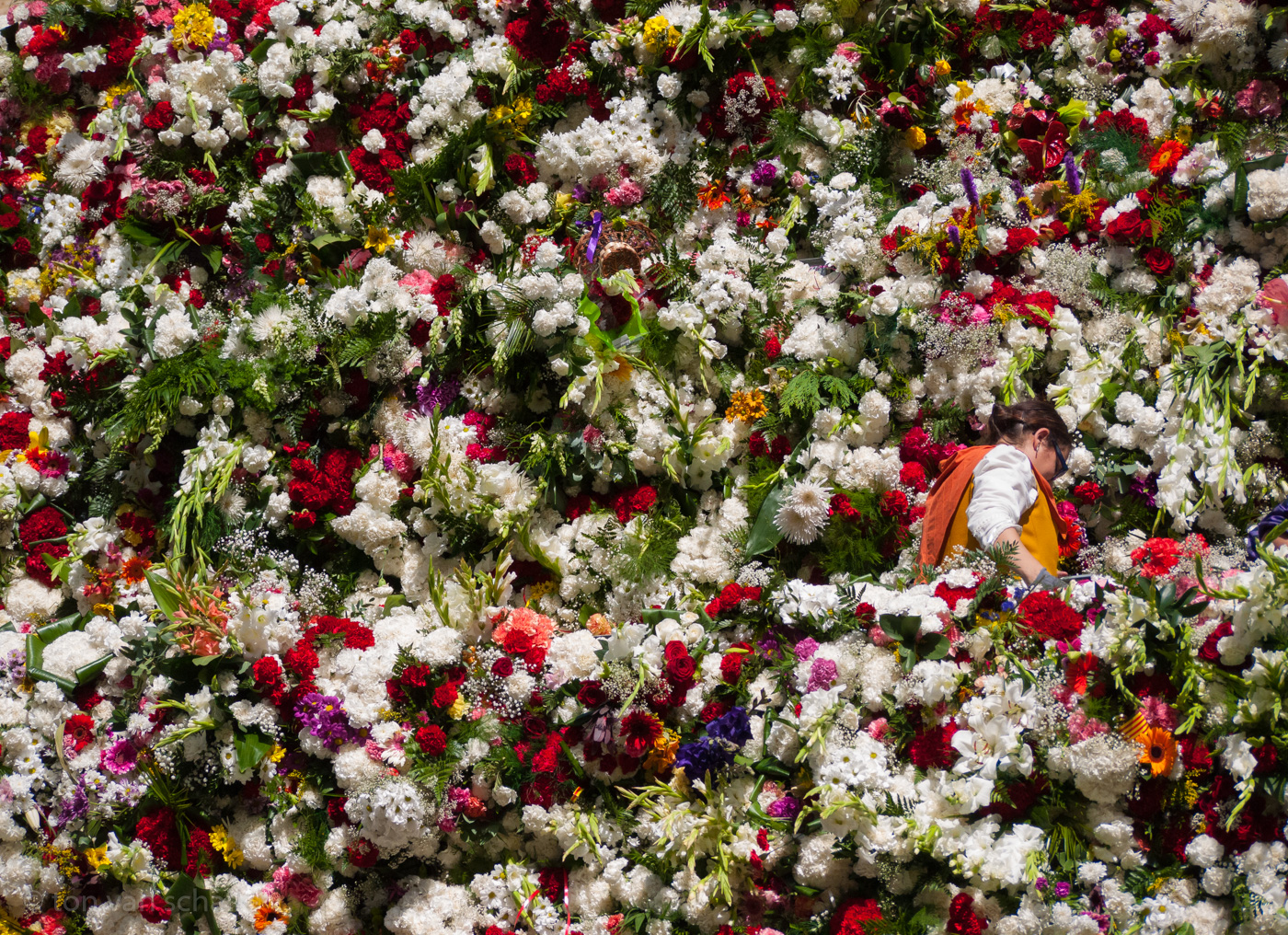 The first procession is about bringing flowers to the Virgen on the pillar. Starting at 08.00 untill 22.00 it takes all day. Every street in the city centre is blocked with people dressed in traditional costumes. It will take you about 4 hours to bring your flowers. In this slow progression everybody gets talking, singing, dancing. There is music, eating, drinking, and relaxing.The inner city is in fact one huge fiesta, wherever you are. In the centre, the plaza in front of the cathedral, the flowers are one by one arranged on a metal structure. In the end the structure is transformed into an enormous pyramid of flowers. On top of it, on a pillar of white flowers, mother Mary stands looking over the crowds. 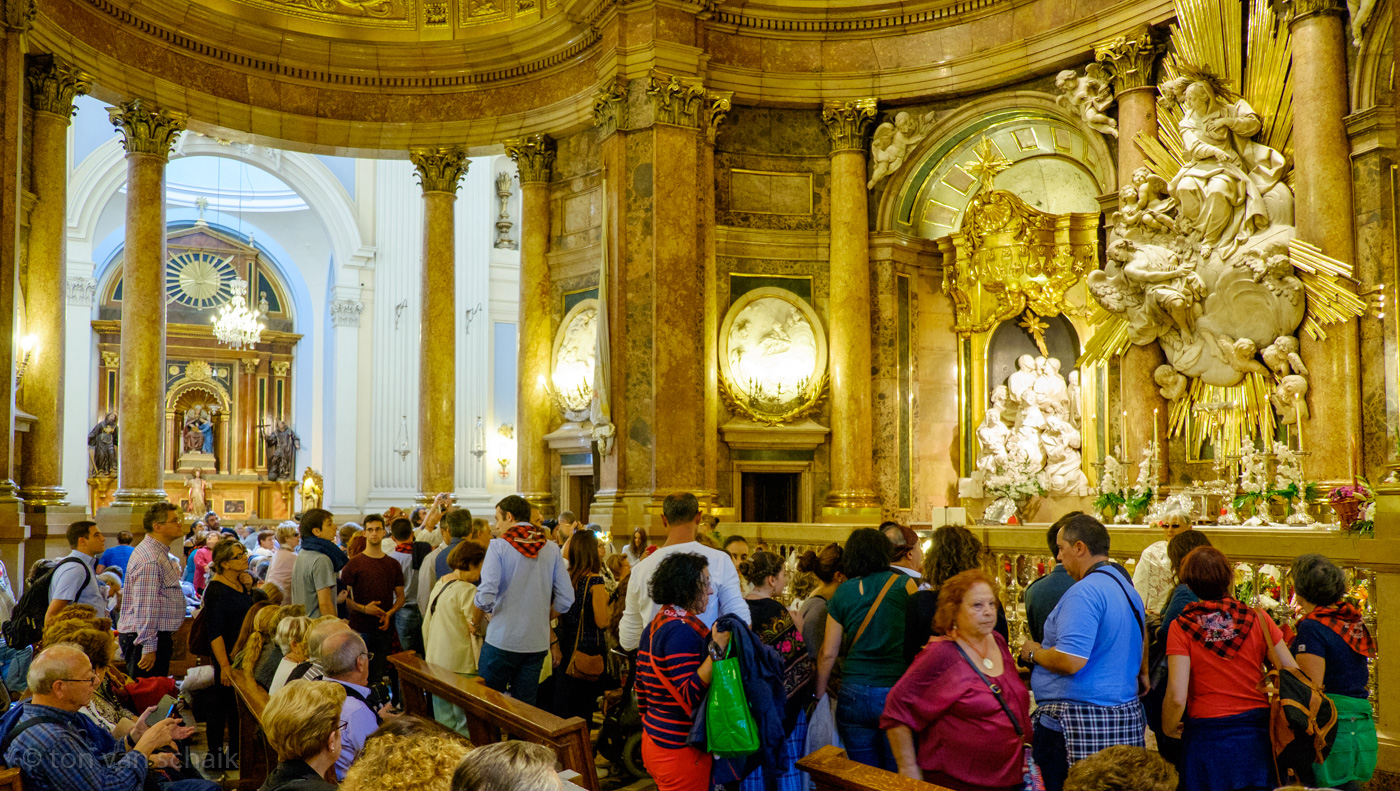 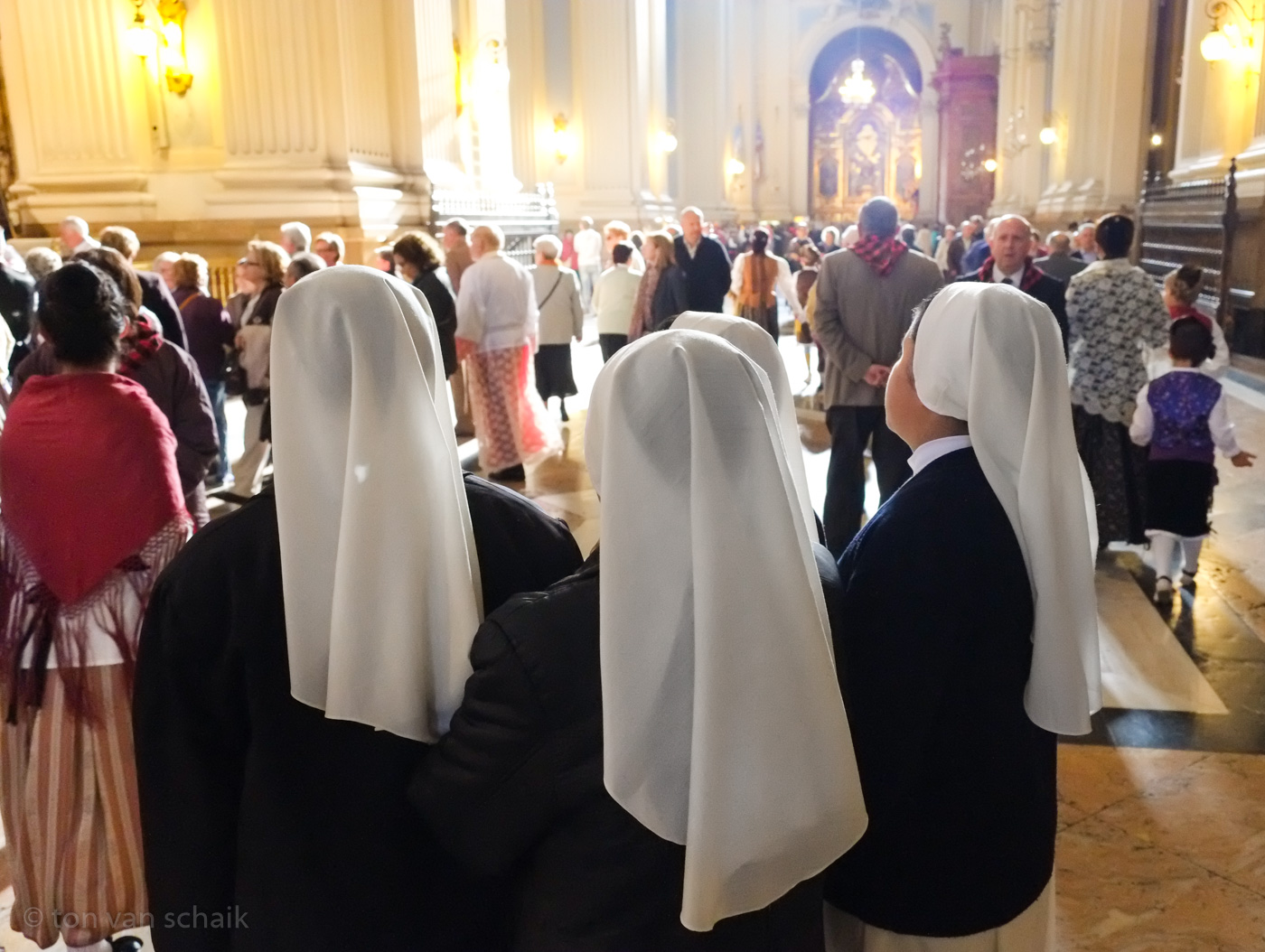 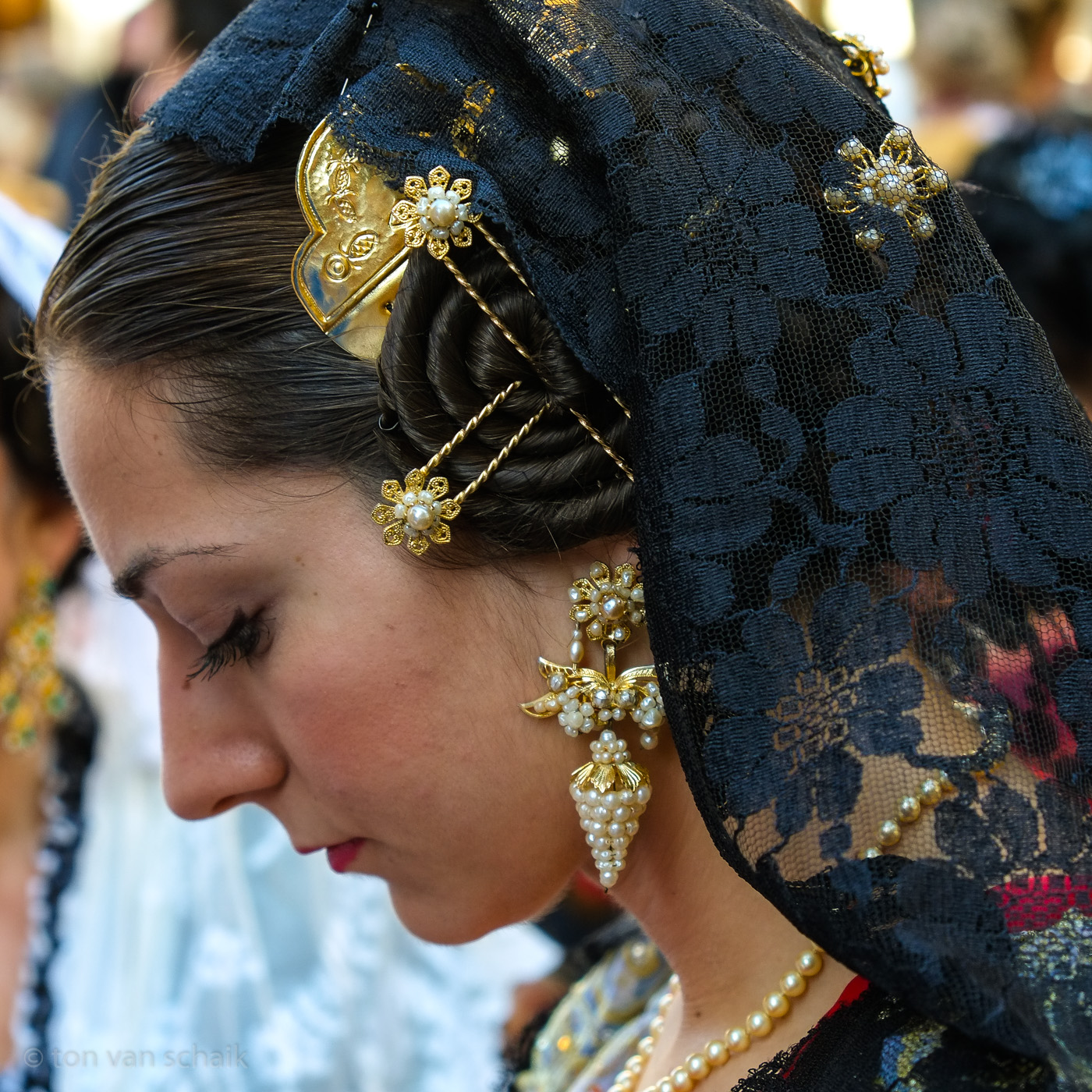 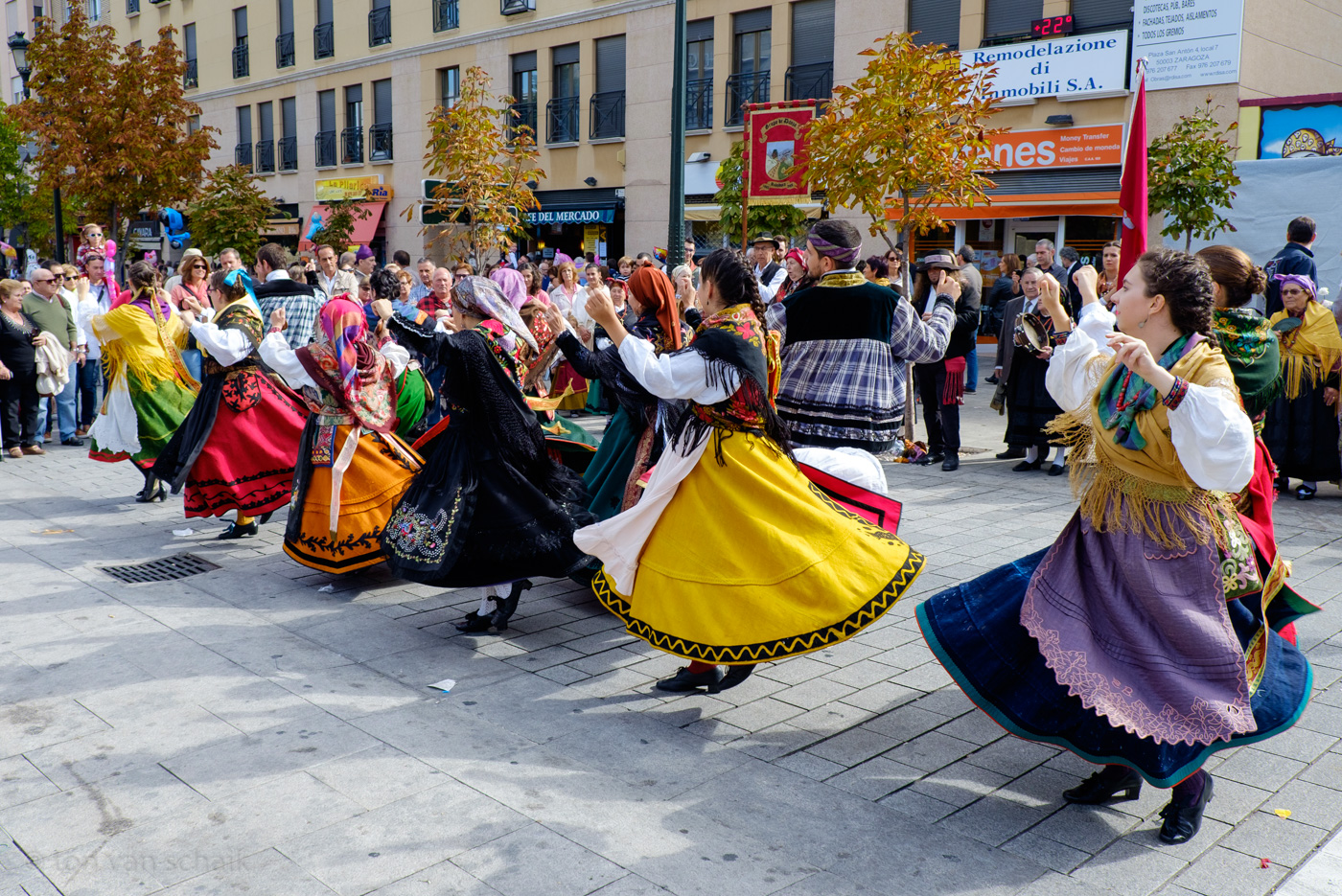 The pilgrimage to Zaragoza is not restricted to Spain. People come from Spanish speaking countries from all over the world. Mexico, Chile, Argentina, Venezuela and even as far as the Philipine Islands in the Pacific. 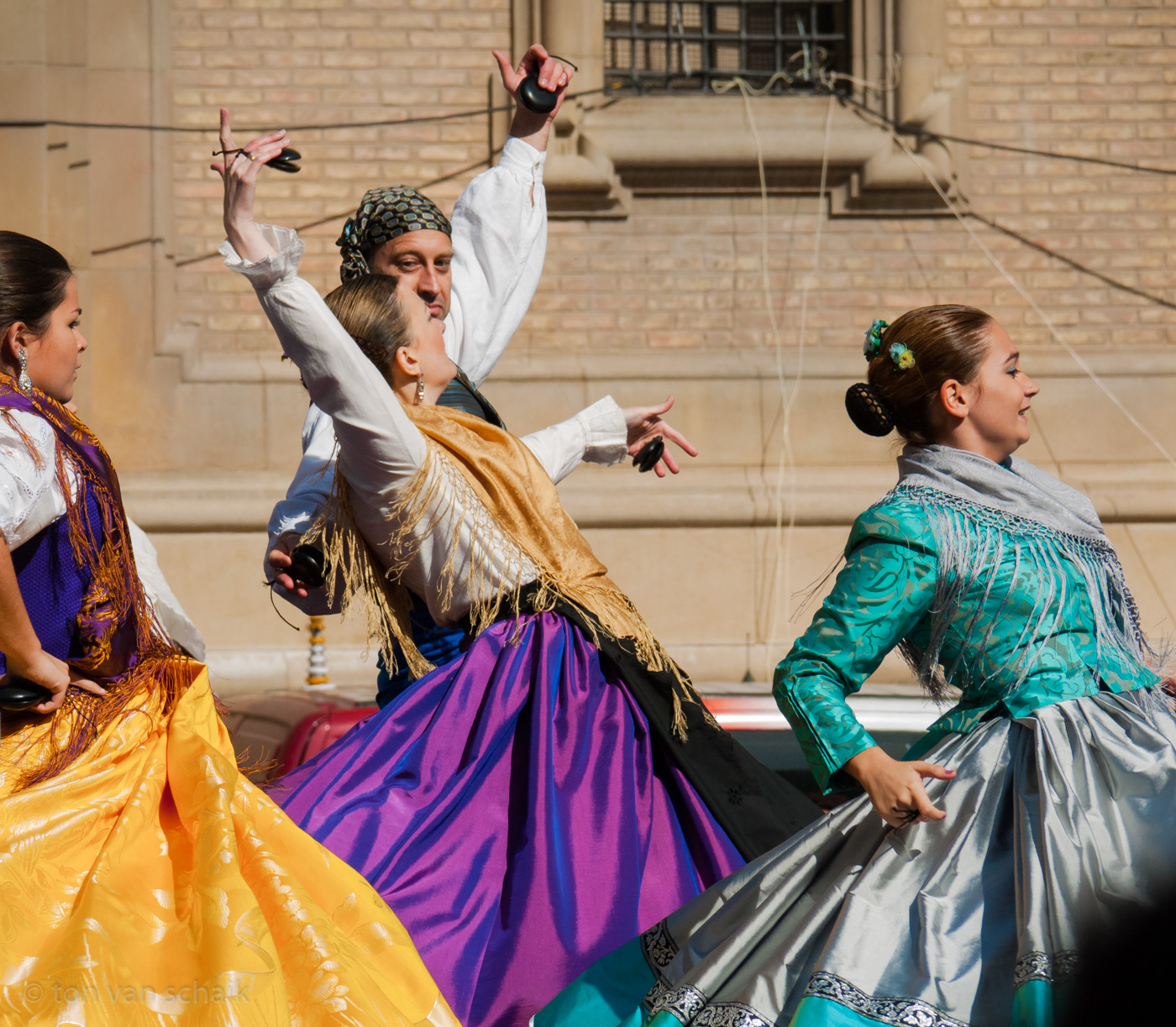 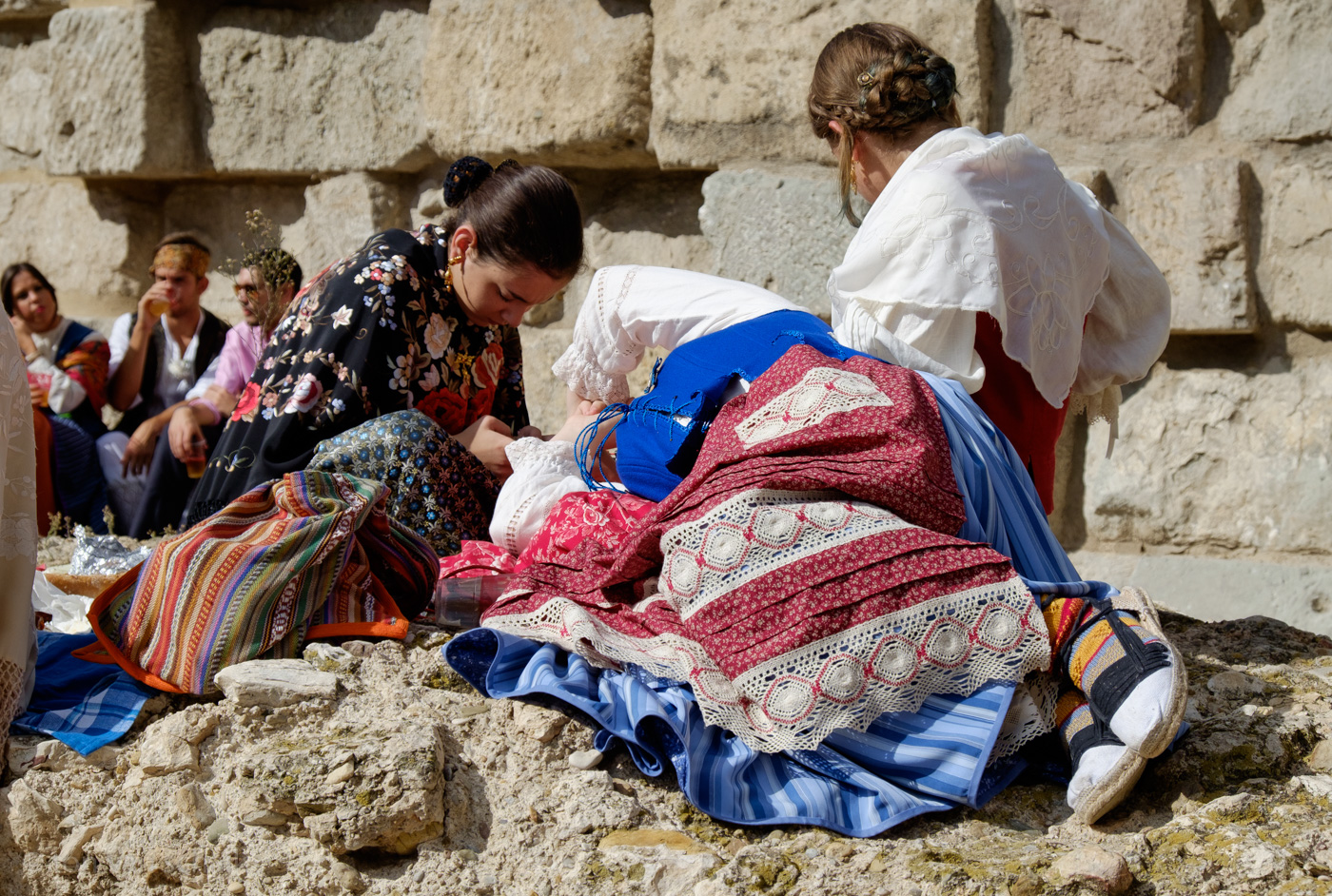 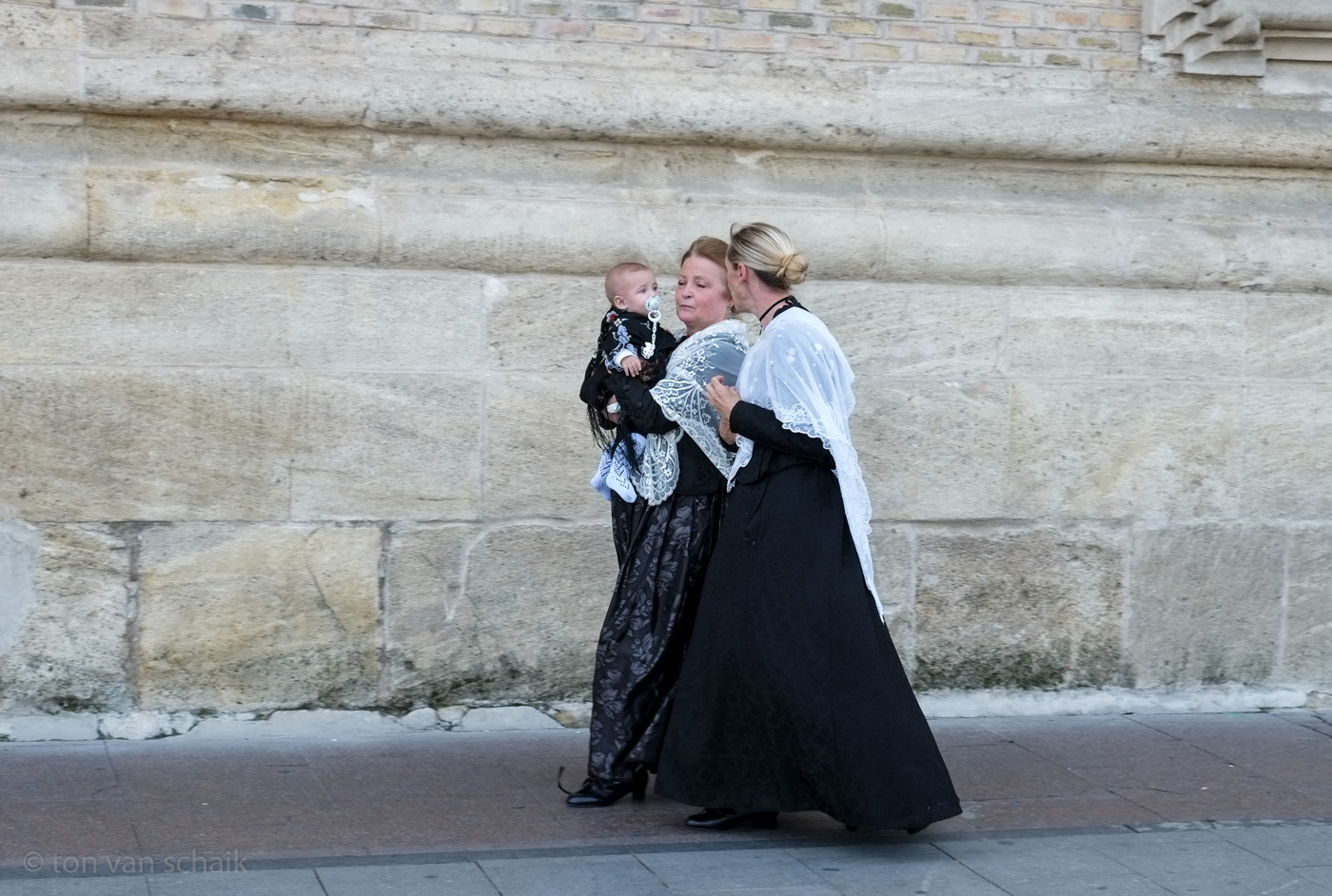 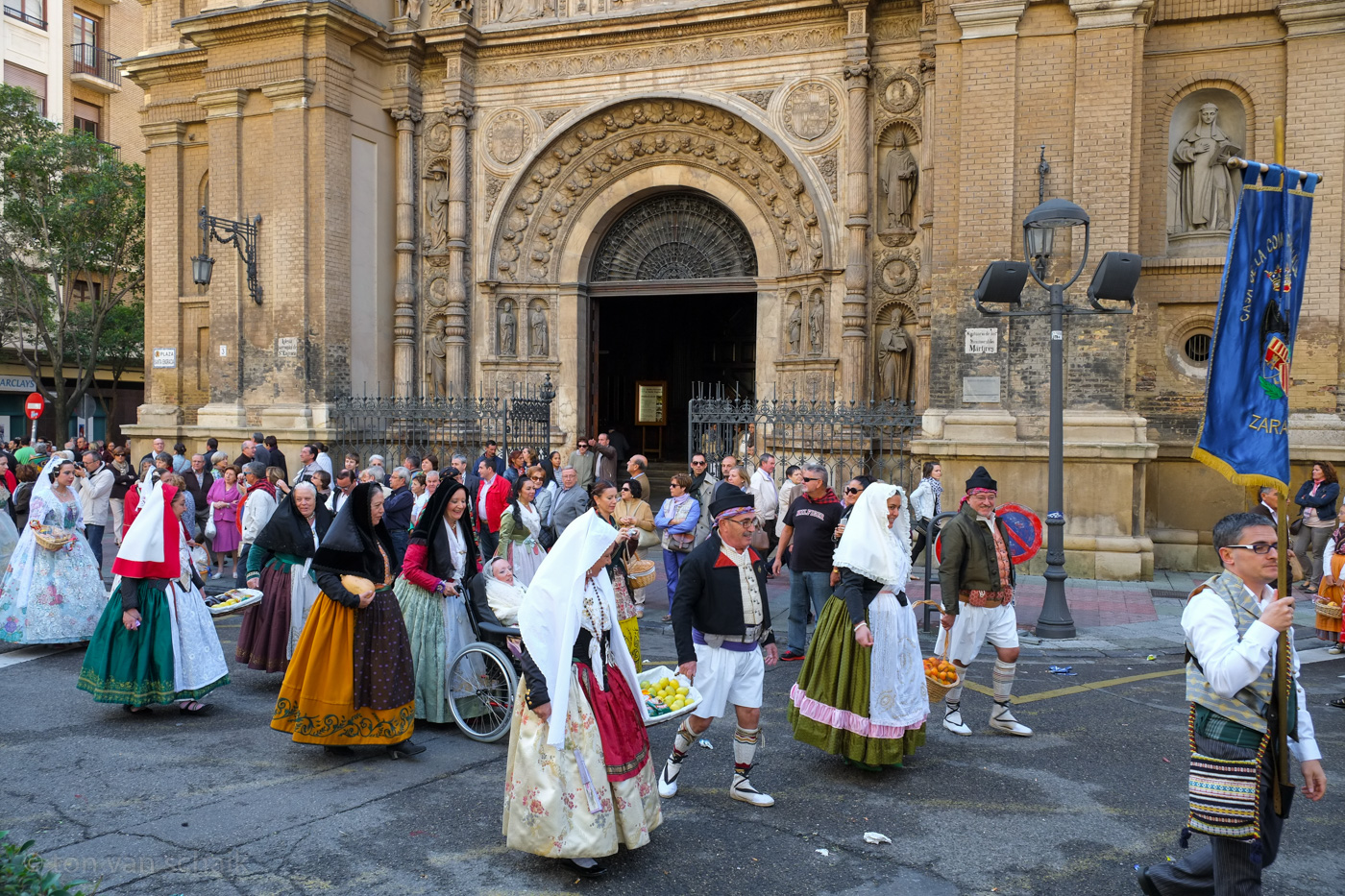 The next day is following the same pattern, but instead of flowers now offering food, like bread, vegetables and fruit to the cathedral. The food then is distributed to the poor people of Zaragoza. Inside the cathedral continuous masses can be attended. And of course the golden chapel with mother Mary. 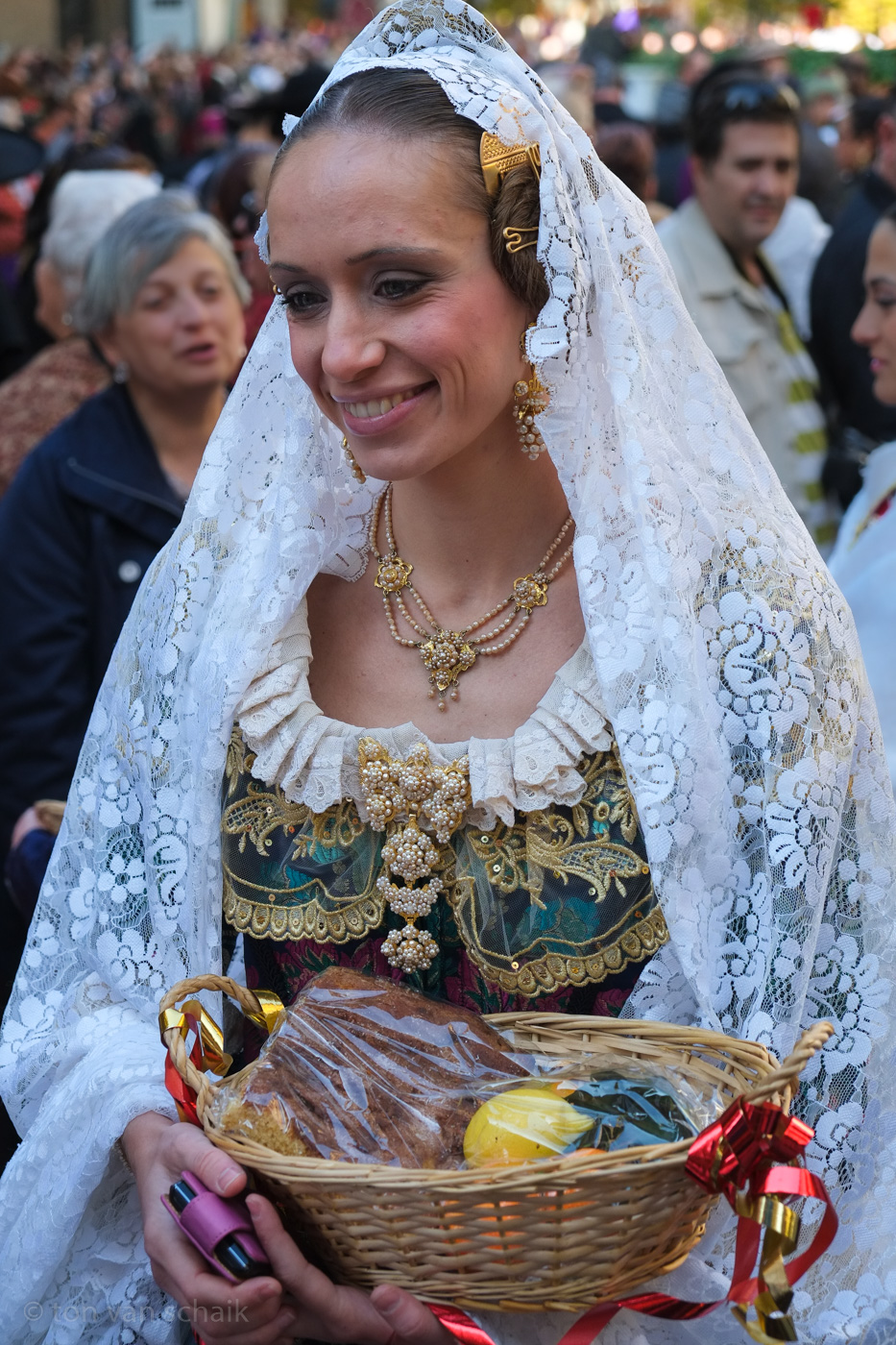 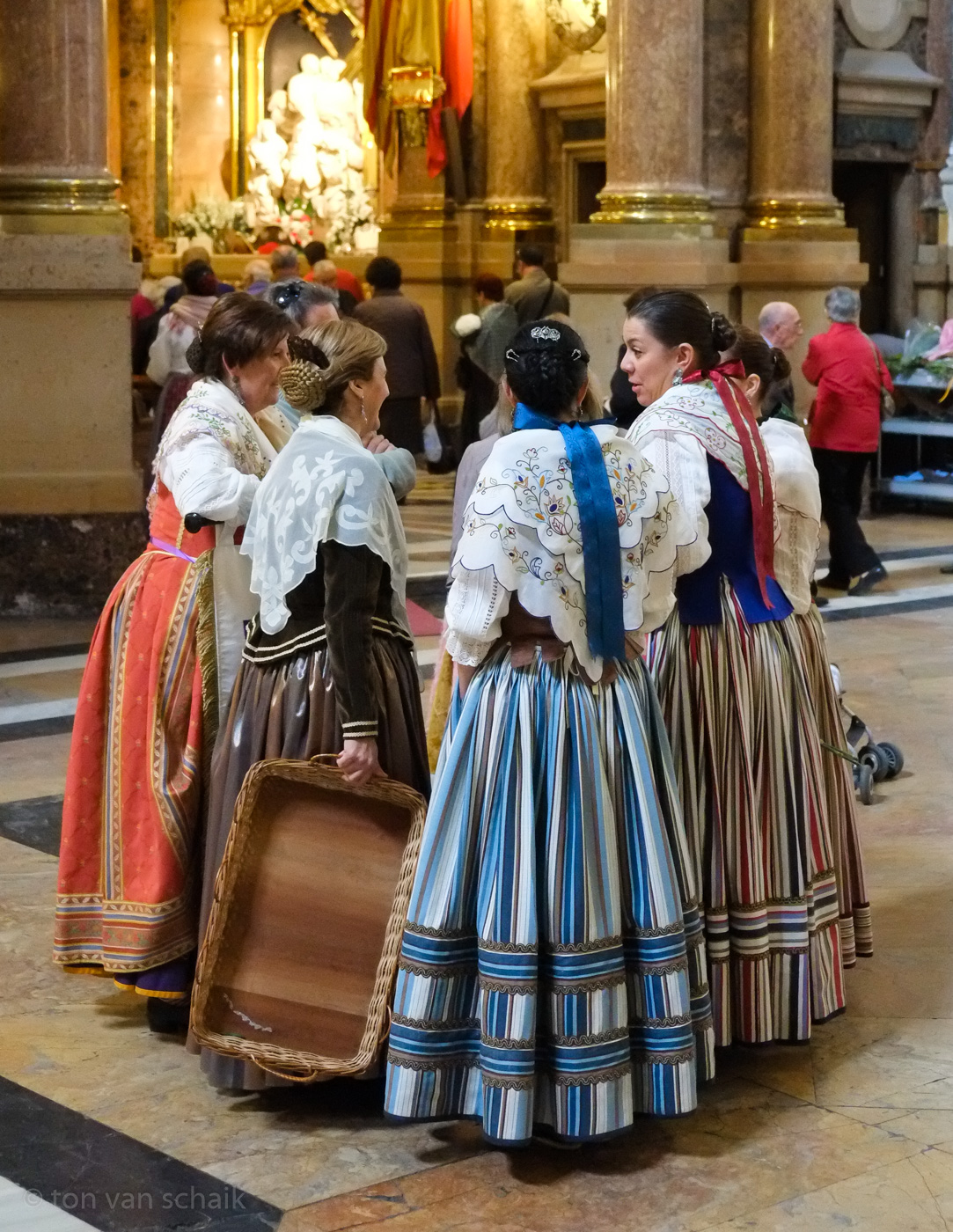 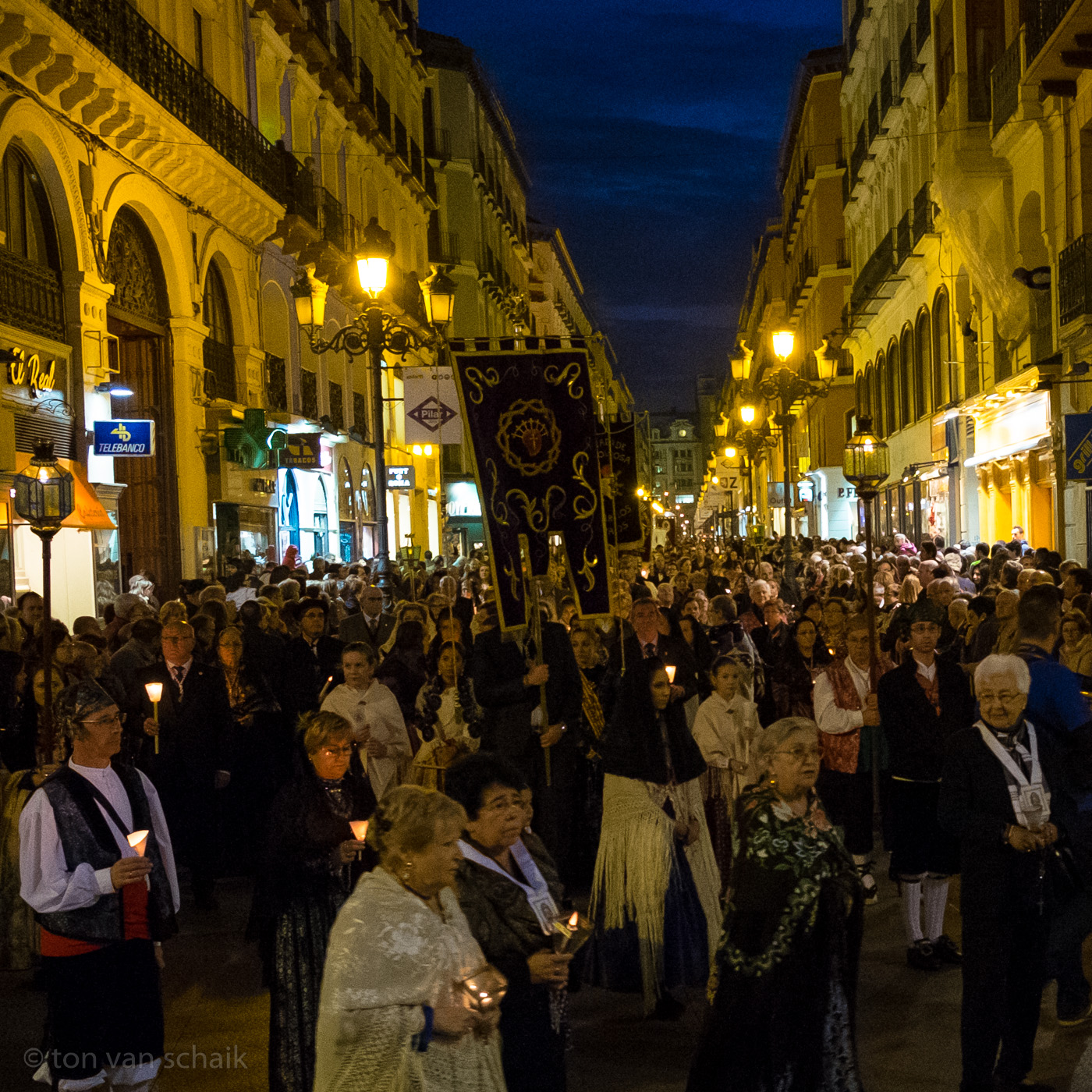 In the evening after sundown the candlelight procession is being held, at last ending the religious centrepart of the pilgrimage. But around that a huge  amount of other festivities can be attended. Like dance, music, culture, all kind of parades, cultural exibitions, alltogether taking in a whole week. Yet another of the great Spanish pilgrimages which is worthwhile to visit.

Technical information: Shot with Fuji XE1 combined with the 18-55/2.8-4.0 lens. Processed in Lightroom with some tweaking. 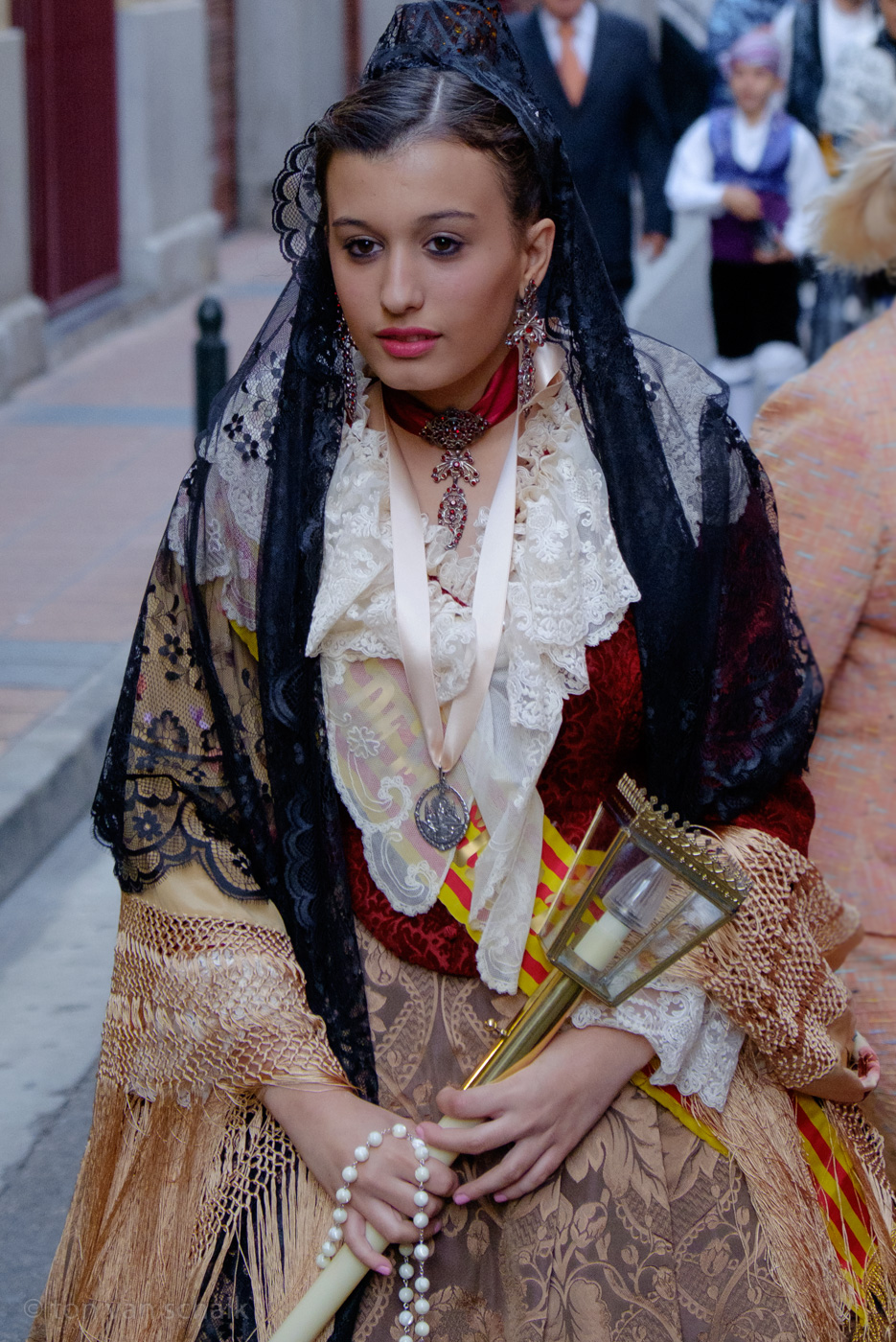 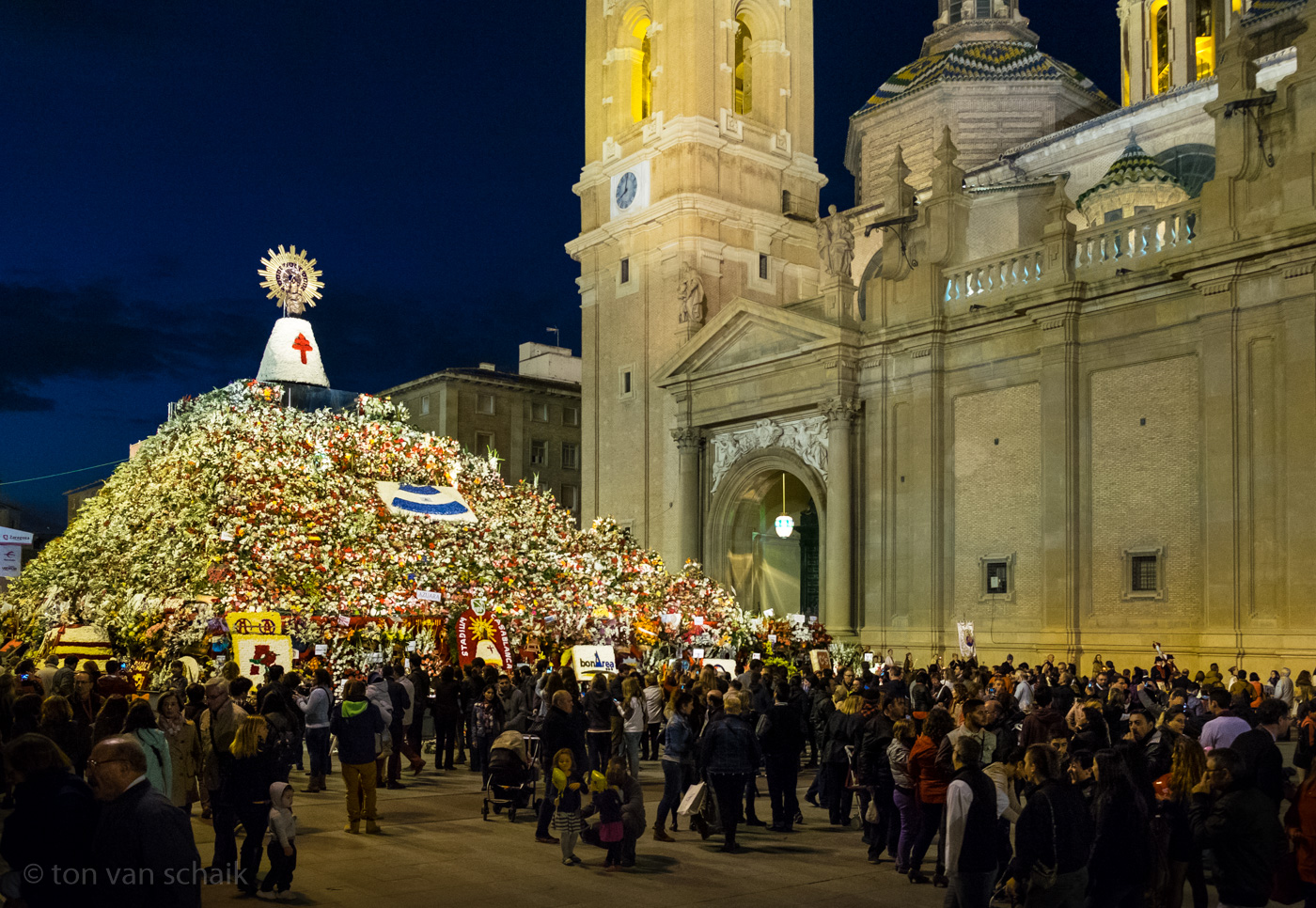 the virgen on the pillar 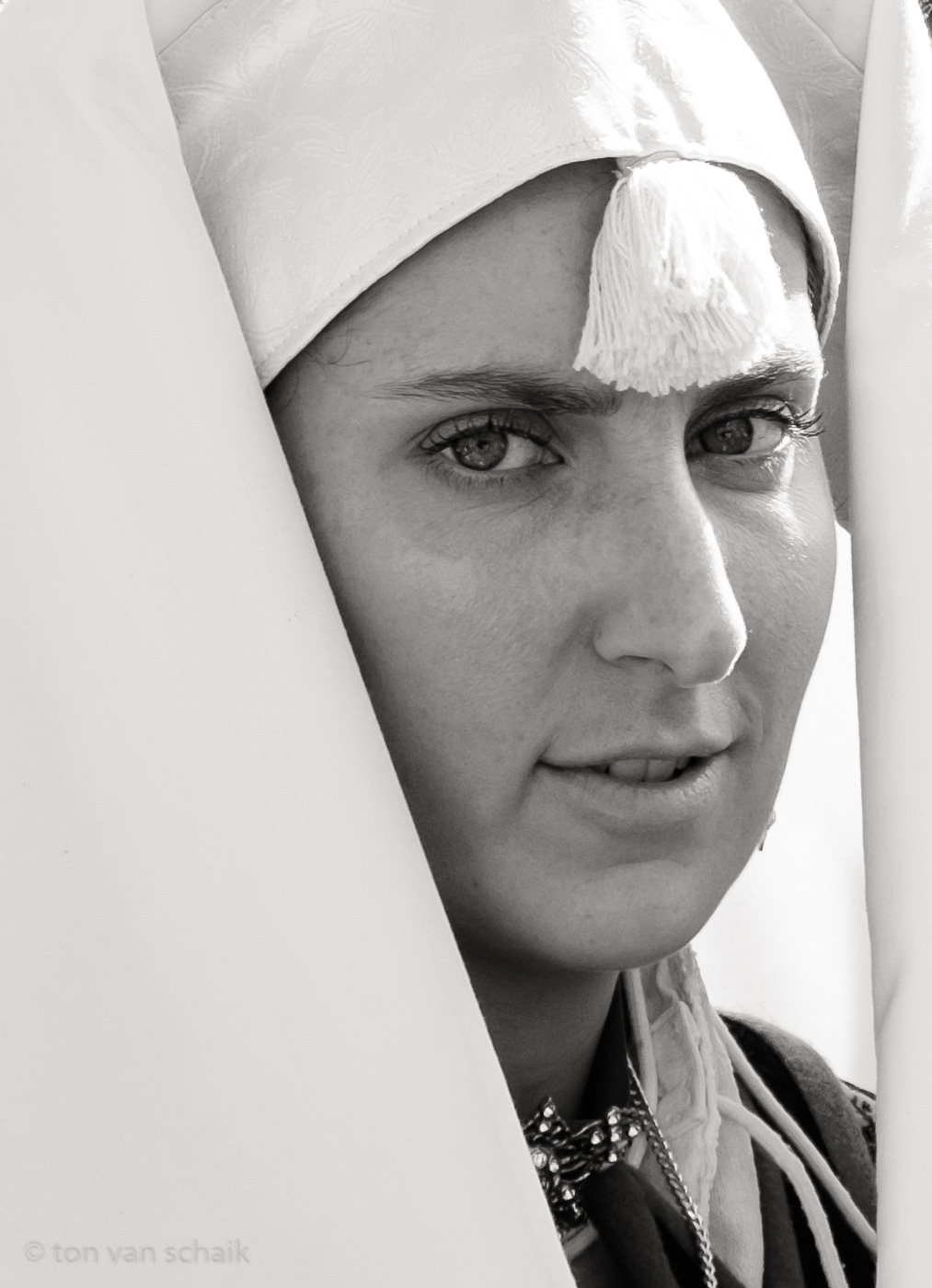 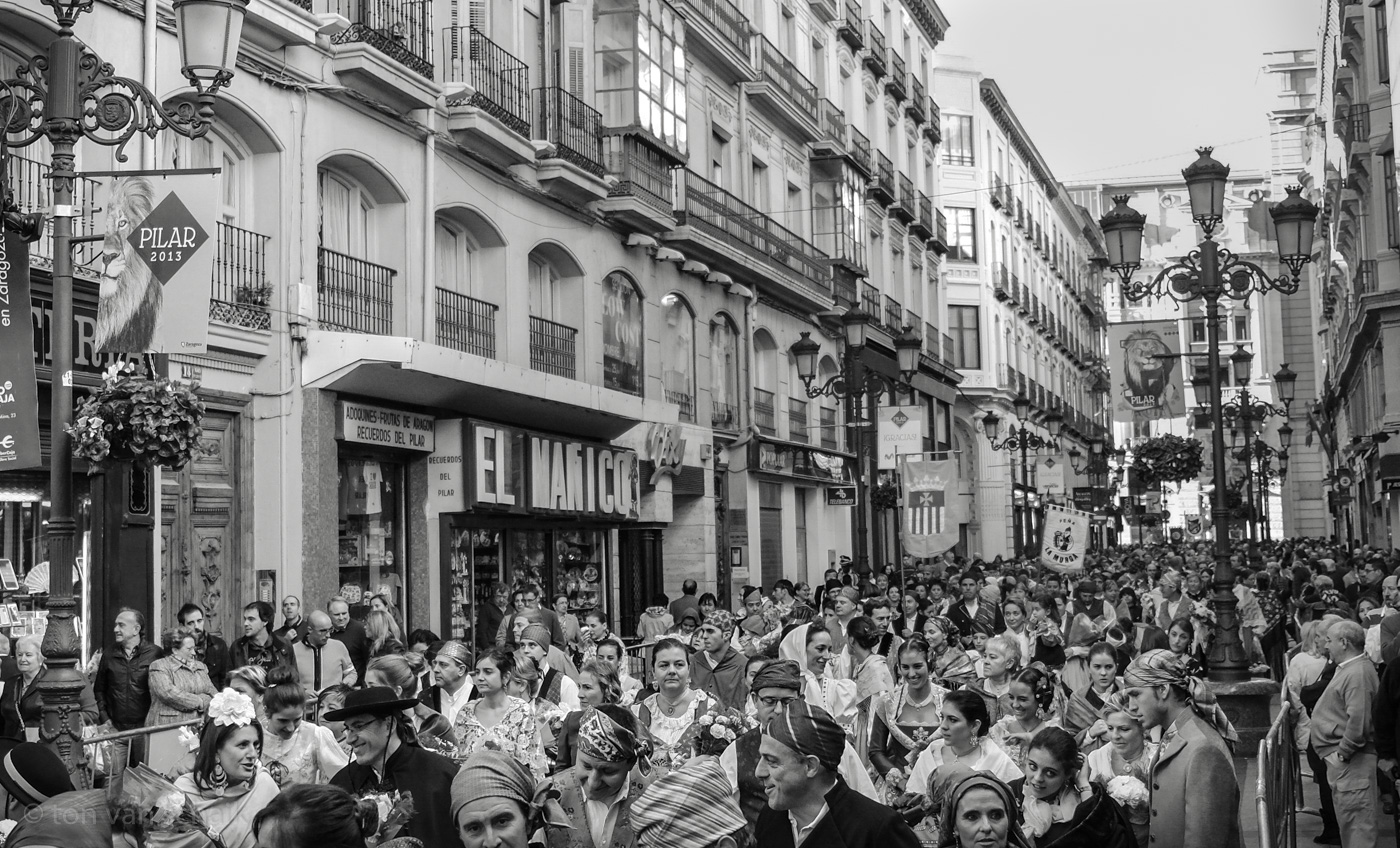 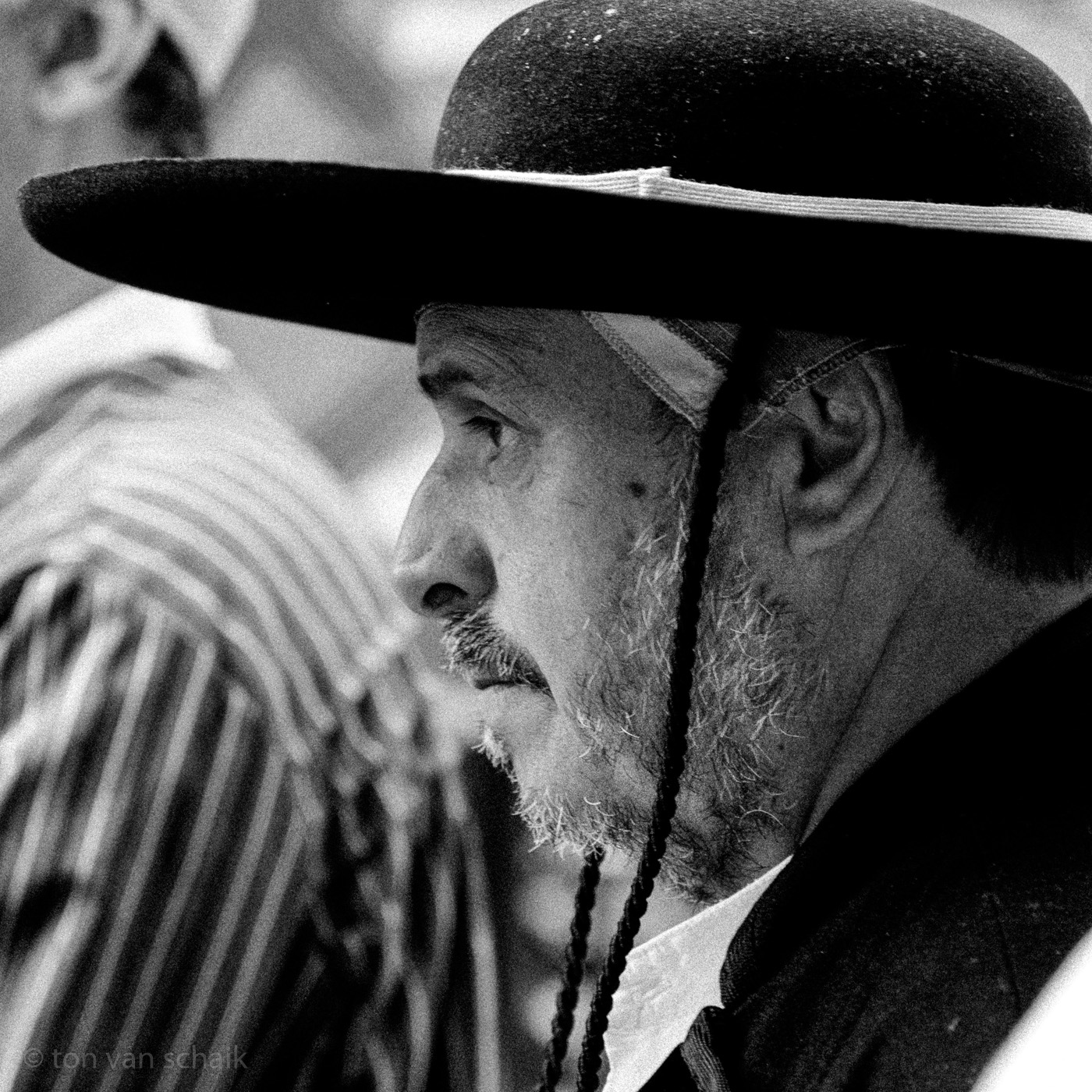 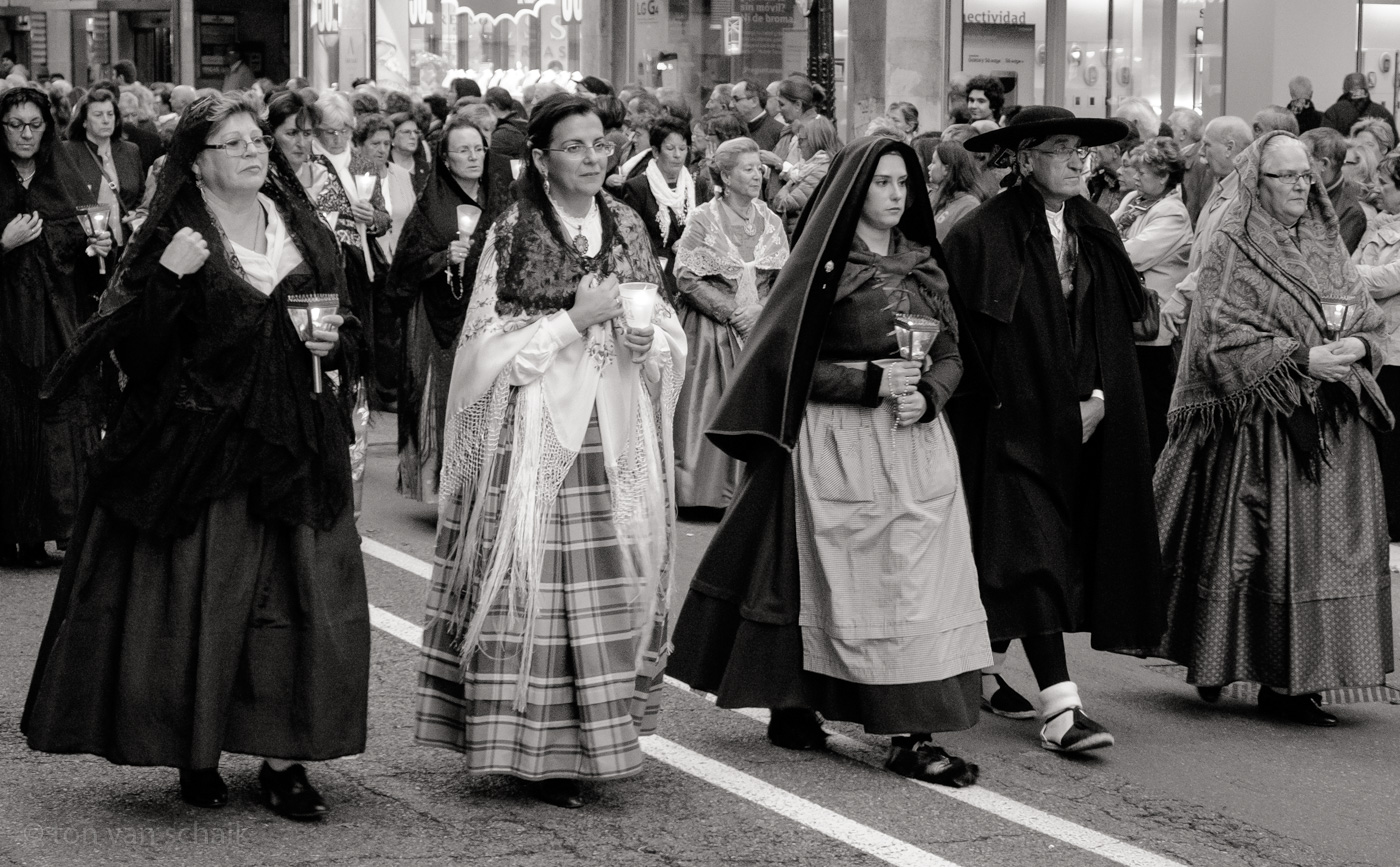 for portfolio and more press    HOMEPAGE